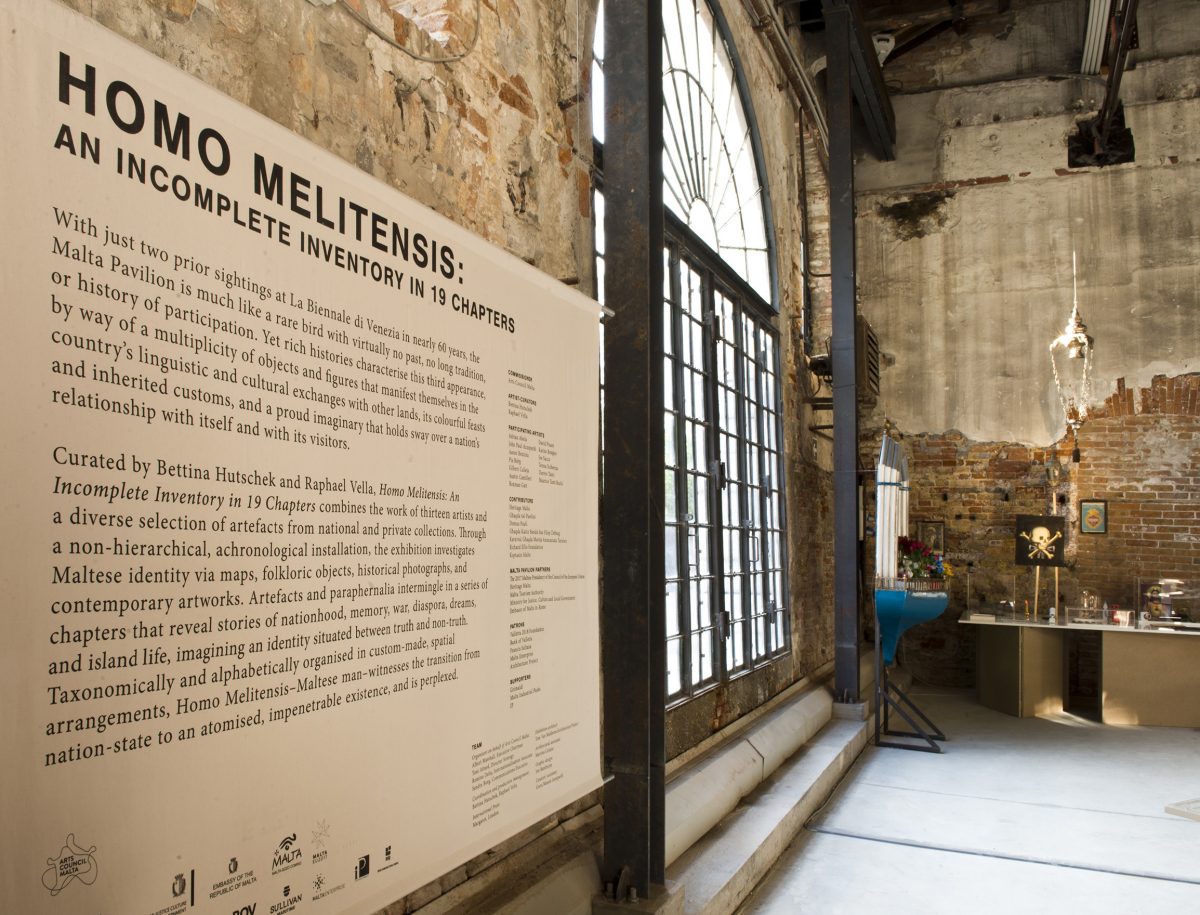 Co-curated by Raphael Vella and Bettina Hutschek, Homo Melitensis: An Incomplete Inventory in 19 Chapters is the title of the Malta Pavilion at the Venice Biennale in 2017. Commissioned by Arts Council Malta, the exhibition explores the notion of identity at a time when the issue has become more urgent than ever. ‘Homo Melitensis’ means ‘Maltese Man’ and the pavilion in Venice is being used as a platform on which the very idea of a national identity as well as the national imaginaries that are constructed around issues like territory, memory, religion and language can be presented and simultaneously critiqued. The ‘incomplete inventory’ is a complex installation that came about through a combination of academic research, conversations with several theoreticians, scientists, writers, artists and curators in various fields and an artistic re-imagining of local realities.