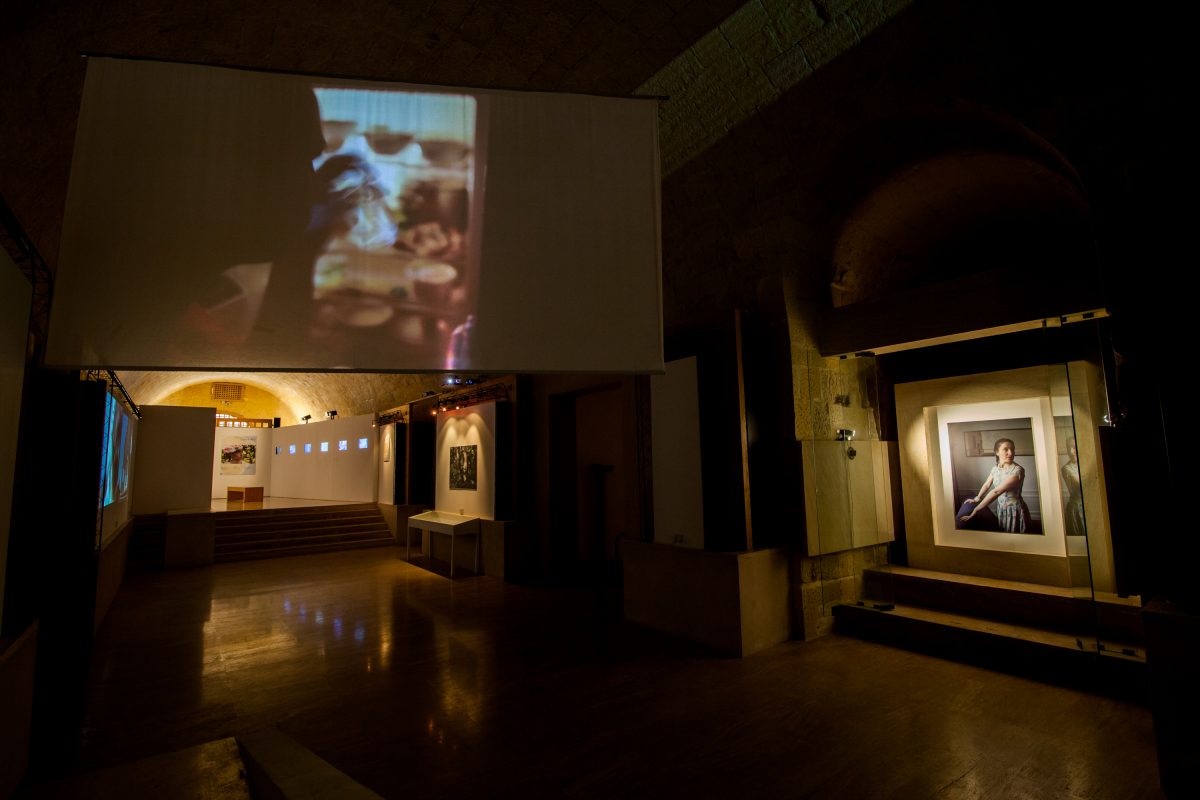 Cause & Effect is a complex installation by Mieke Bal and British artist Michelle Williams Gamaker, curated by Raphael Vella for the Main Hall at St James Cavalier Centre for Creativity in Valletta, Malta. The video and photographic installation revolves around Gustave Flaubert’s Madame Bovary, a novel that has fascinated not only countless writers (and readers) but also several filmmakers (Renoir, Minnelli, Chabrol). To say that other writers or filmmakers, including Mieke Bal and Michelle Williams Gamaker, merely quote or remain faithful to the storyline of Flaubert’s novel is too simplistic. What occurs instead is a dialogue between past and present, where one’s writing becomes a re-writing of a narrative, in the same way as the main character in Flaubert’s novel, Emma Bovary, lives a life that exists in direct contrast to the romantic fiction she absorbed in her youth. The result is a fragmentation of the narrative, where the present ‘effects’ of a contemporary adaptation seem to precede the ‘original’ cause. In the exhibition Cause & Effect, one visual component bounces off other components, disrupting to some extent the idea of a deliberate, predetermined chronology of events.

Mieke Bal about Cause & Effect in Valletta, 2014: “The historic setting of the exhibition, in the long main hall of an old building, made the point of this anachronistic and ana-logic presentation of the present in relation to the past already. After entering, on the right was the section “Effect”, in the middle large projections where you see the woman exploring a palatial dream house, and next to it, balancing precariously in a ruin. On the left the causes, always multiple, were presented. Photographs had been exquisitely printed and added to the beauty of the display. One photograph reminded everyone who saw it of a Vermeer painting…”