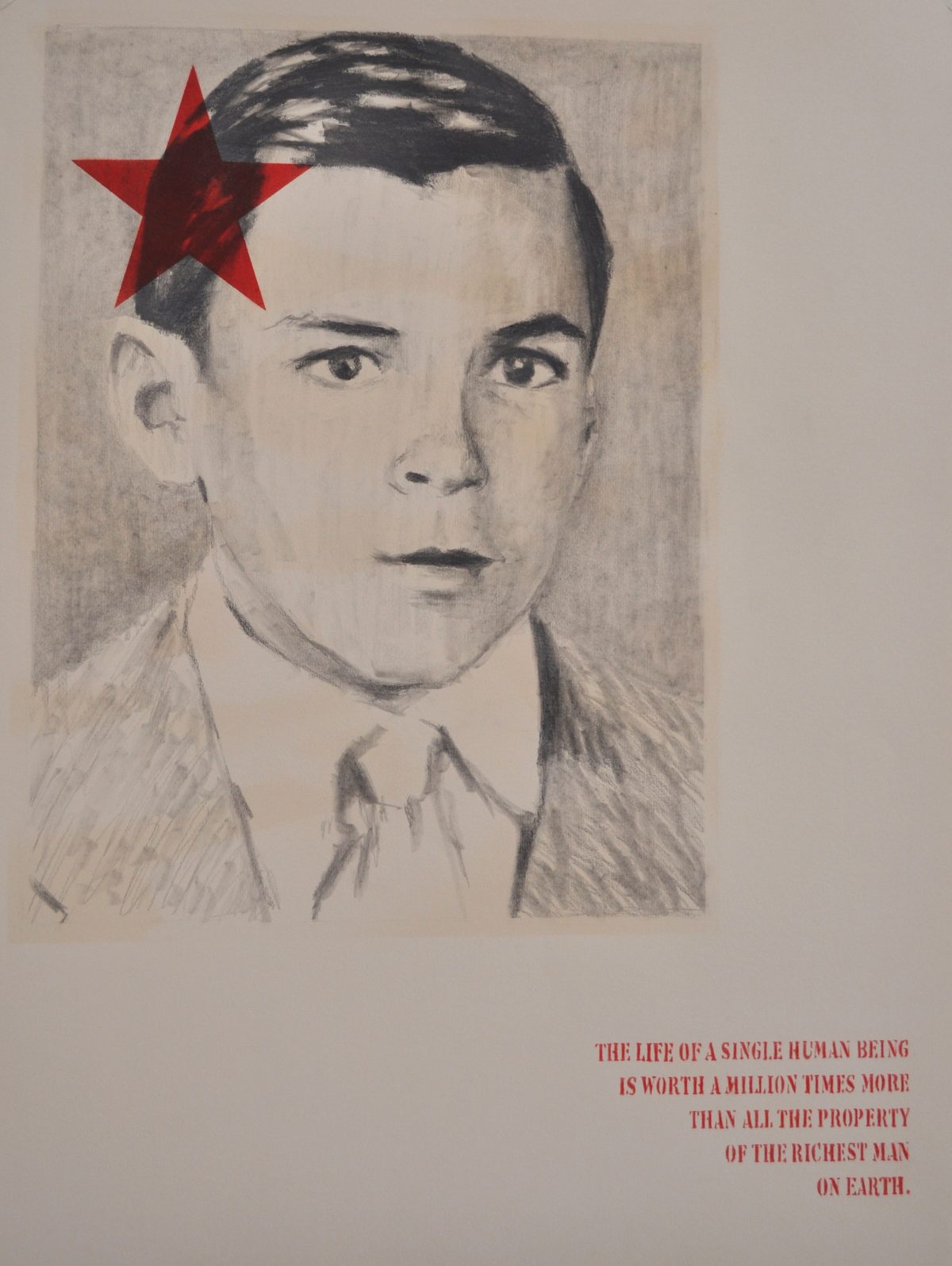 The individuals portrayed in Big Boys all became famous men, but they are being shown here at a much more vulnerable age – an age more commonly associated with bedtime stories, games with brothers and sisters and long hours spent in classrooms with teachers and peers. The charming boys in these drawings make you think of an age of innocence, for that is how childhood is perceived by many people around the world. It may be a myth, but it is an enduring one. We like to think that even the worst individuals amongst us must have lived through a period in their lives when their minds were not burdened by the turmoil of adulthood. Understood retrospectively, infancy is perceived as the great equalizer: if you could delete all political beliefs, conflicts that lead to terrible loss of life, struggles associated with the world of work and so many other daily problems in adult life, you’d be left with the child in each and every one of us. Yet, we also know that things are never that simple. There are varying cultural and neurodevelopmental factors that contribute to very different results in our lives. One of these children became a president, another a spiritual leader, yet another a terrorist. If the faces in Big Boys all grew to be well-known men, they became famous for distinct, and at times, diametrically opposed, reasons.