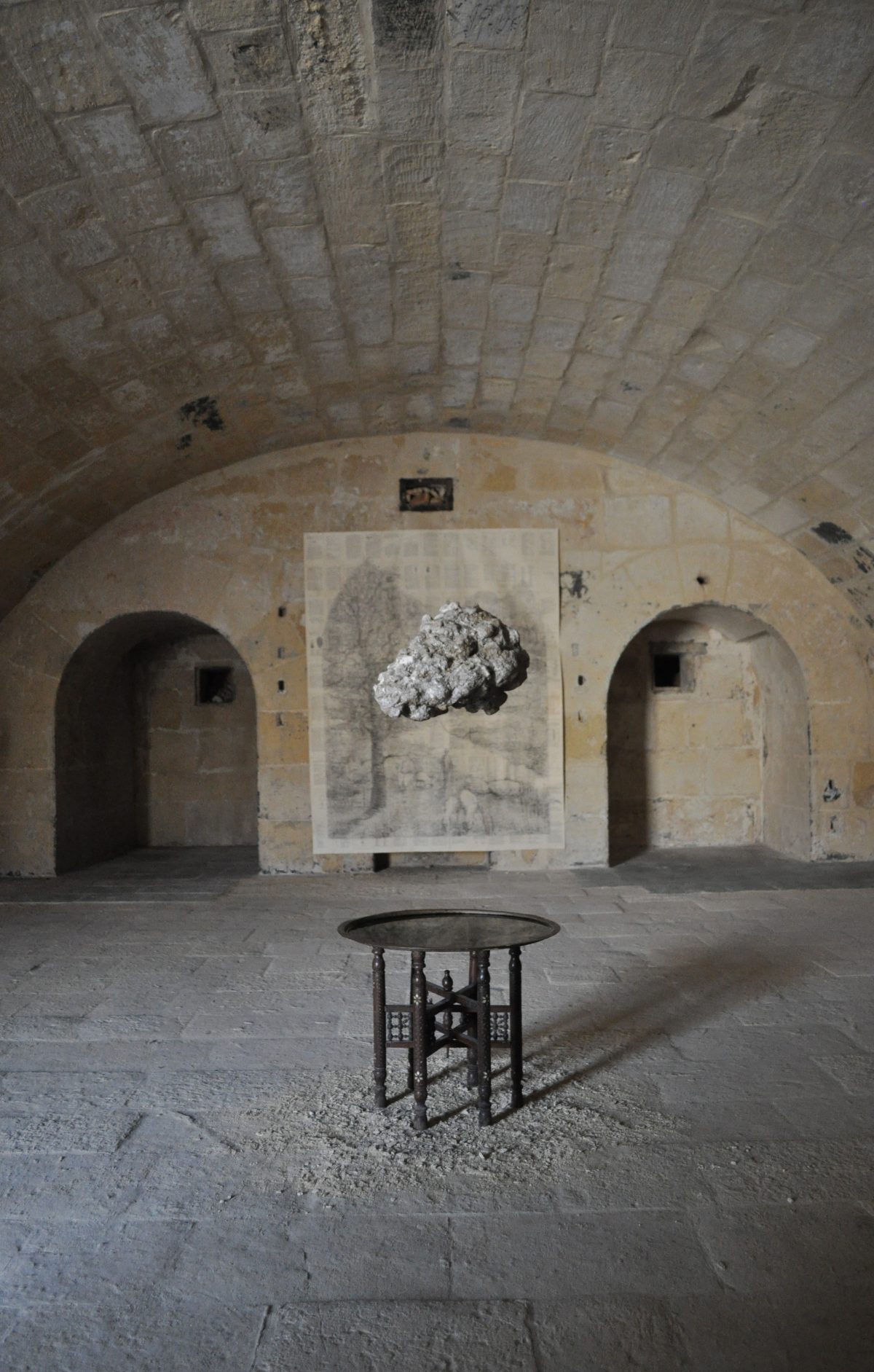 The large drawing, Arcadia (Parasites in Paradise), was created for an exhibition called Hermetik, curated by Michael Bock in an old fort called Fort Tigne in Sliema, Malta. The word Hermetik implies a form of self-protection from an external source of danger, just like the fort itself was intended to protect the Knights of Malta against invaders. In spite of this, Fort Tigne and its thick walls did not really work against the French when they invaded Malta. Today, more than ever, this bunker mentality is useless. We sense this uselessness in a novel by German author W.G Sebald called Austerlitz, where an architectural historian’s ruminations on old fortifications around Antwerp show how the continual expansion of military defences in the past often proved to be completely ineffectual against the enemy, and the same buildings were eventually transformed from places that were intended to keep people out into places that were used to keep people in (Gestapo torture chambers).

The idea that the enemy is something or someone outside our individual bodies inspired this drawing. ‘Arcadia’ is supposedly about humanity’s existence in harmony with nature; in fact, Arcadian scenes in the history of painting typically include shepherds, streams, trees, classical temples atop mountains of hills, and so on. In this drawing, however, this ‘happy’ scene is drawn on a massive sheet of paper that is actually made from all the pages of a scientific manual on human parasitology, complete with medical illustrations. These ‘parasites in paradise’ remind us that the enemy is always already within; each one of us is inhabited by enemies that no fortifications can keep out.

Facing the drawing is a sculptural work by Raphael Vella, Pie in the Sky (2013), made of pulped paper and found objects.