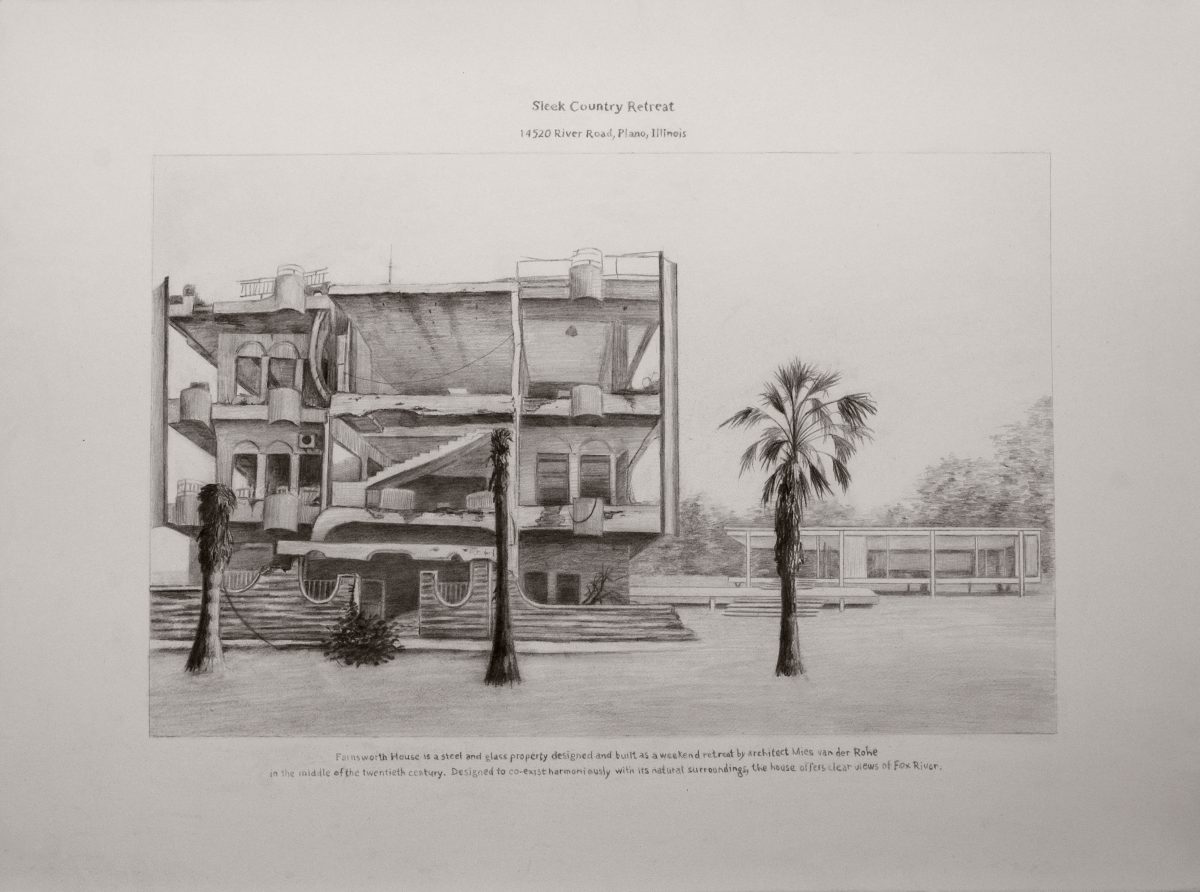 The title of a series of ten drawings called HOMeS by Raphael Vella is a neologism. First of all it refers to Homs, Syria’s third largest and one of its oldest cities. During the still ongoing Syrian war, it was besieged for three years, from 2011 to 2014, a fate which Homs has suffered of during multiple battles since the middle-ages. The second meaning of the title HOMeS obviously refers to any building used as a home.

The motives of the pencil drawings were taken from Syrian war press photos. Their individual titles resemble catch words of real-estate for sale advertisements, though we are immediately stopped in our thoughts by looking at the drawings themselves. They are of a war-torn cityscape in ruins, houses abandoned by the people, streets deserted. On closer look we realize that, snugly nestled within the ruins of this ghost town, in each drawing there stands but one pristine building, an icon of 20th century Western modernist architecture, barely visible within the surrounding chaos.

By composing a wide frame of reference, Vella decontextualizes modernist buildings of famous European architects by integrating them in images depicting the total destruction of a once prosperous Syrian city. Through this combination of harmony versus chaos,life versus death the artist – in a subversive, subtle way – places the results of war’s horror into the front garden of those countries responsible for this tragedy. He creates a morality tale for the viewer.