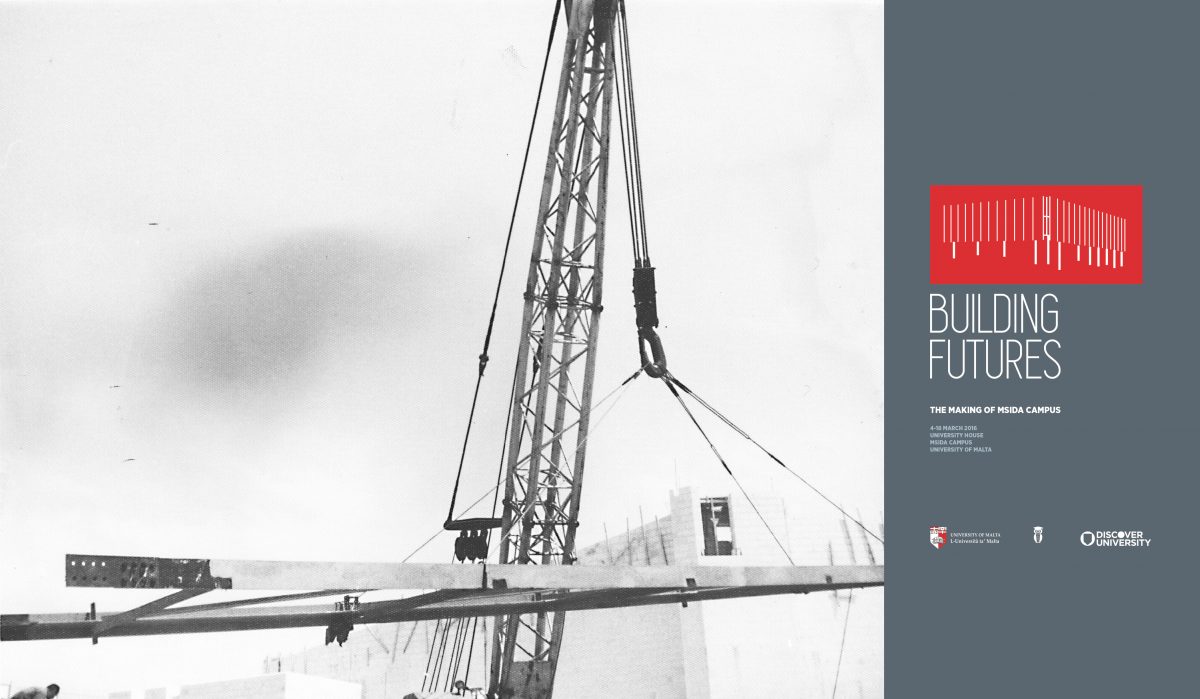 Curated by Raphael Vella for the University of Malta at University House, Msida Campus, Building Futures: The Making of Msida Campus was set into motion by the acquisition of a collection of black and white photographs representing different stages in the building of the Msida campus during the 1960s by the University of Malta. This collection forms the basis of this exhibition, which tells the story of the growth of a university campus over a period of around half a century in hundreds of images.

The original campus was designed in 1961 by British architects Norman and Dawbarn, one of whom (Graham Dawbarn) had been responsible for the iconic design of the well-known BBC Television Centre in London. Norman and Dawbarn conceived the Msida campus as a series of individual, modernist buildings spread around a large area known as Tal-Qroqq and connected by sheltered walkways and landscaped open spaces. The exterior of some of these early designs has remained virtually unchanged while others, such as the administration building and the library, have been extensively modified over the years.

During the last twenty-five years, the campus has grown considerably and now incorporates a range of new structures that did not form part of the original plans for the university, such as the Gateway building and new faculty buildings. Changing requirements will result in further accretions in coming years and will undoubtedly also lead to lively debate about design and functionality, environmental impact and the preservation of specific buildings, architectural details and spaces.

In order to reflect this sense of ongoing transformation and dialogue between past, present and future, the exhibition was divided into four parts. Three of these parts consisted of a central multi-projection section presenting the collection of old photographs and an old film showing the building and inauguration of the campus in the 1960s; a video showing recent additions and the present-day campus; and yet another video that represents plans for the construction of new buildings in the coming years. Finally, on the outside, seven large cubes (see the brochure ) permitted visitors to compare existing structures and spaces around campus with a selection of the old photographs.