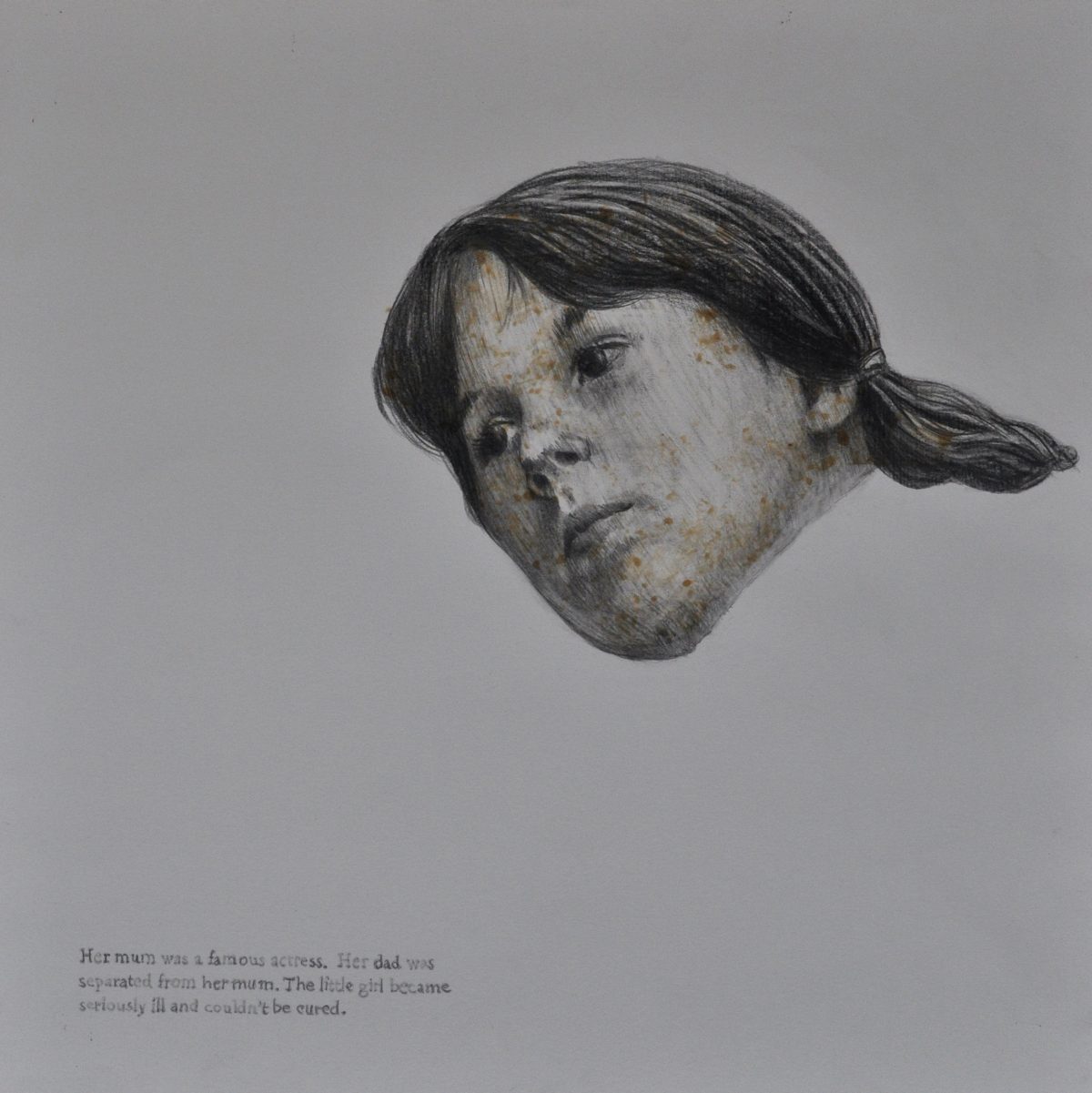 This series of drawings is based on photographs of child actors and actresses in films as well as photographs of well-known individuals taken during their childhood. Contextual details (background, clothes) are eliminated. Each head floats in an empty sheet, accompanied only by a few biographical details that do not reveal the person’s identity. Political fact is mixed with cinematic fiction, heroes with villains, Lady Diana as a child with Regan McNeil, the possessed child in The Exorcist. The audience attempts to unscramble truth and illusion, but can they be separated?

Graphite and beeswax on paper (40 x 40cm per drawing)